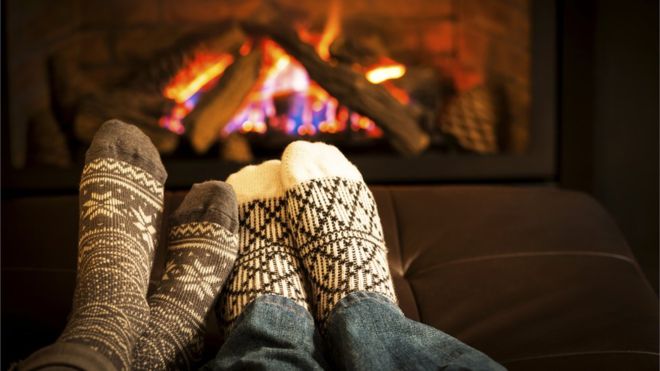 What to do when hygge no longer works

Danes, often hailed as some of the happiest
people on Earth, love nothing more than to hygge.
But what do they do then when things aren’t so cosy?
They say the magical word: ‘pyt’.

Danes, often hailed as some of the happiest people on Earth, love nothing more than to hygge. That could mean reading a book while snuggling in a blanket (likely made from wool from a sheep on the Faroe Islands, also part of Denmark), or a cosy night in with loved ones, laughing in the velvety candlelight with a cup of hot chocolate, gløgg (mulled wine) or coffee, depending on the time of day and year.

But this picture is almost too idyllic. Too perfect. As a hygge-loving Dane, I can say for sure that even Danes have rainy days. So what do we do, then, when there isn’t any help to be had from these cosy accompaniments?

Danes are often hailed as some of the happiest people on Earth
(Credit: Niels Quist/Alamy)

Just like ‘hygge’, ‘pyt’ does not have a direct English translation. Some interpretations include ‘never mind’, ‘don’t worry’ or ‘forget about it’ – but these expressions don’t convey the positive aspect of the word. ‘Pyt’ is used to express that you accept a situation is out of your control, and even though you might be annoyed or frustrated, you decide not to waste unnecessary energy on thinking more about it. You accept it and move on. ‘Pyt’ is also used to comfort other people and diffuse unfortunate situations.

‘Pyt’ is so beloved by Danes that in September 2018 it was chosen as the nation’s favourite word in a competition held by the Danish Library Association during the country’s annual ‘Library Week’. Interestingly, ‘hygge’ didn’t even make the winning shortlist.

Steen Bording Andersen, president of the Danish Library Association, sees the win as a reflection of our stressful lives – that Danes want to take it easy and relax. “I think it’s a rebellion against a Danish cultural trait of being good at complaining and finding faults,” he explained. “It goes somewhat against the zeitgeist that ‘pyt’ was chosen. But it reminds us that things could be worse.”

Danes love nothing more than to hygge, but when even the cosiest accompaniments can’t cure rainy-day blues, they press the ‘pyt’ button (Credit: roger askew/Alamy)

The popularity of the word doesn’t surprise Chris MacDonald, physiologist, writer and public speaker who moved to Denmark from the US 20 years ago. In his fascinating article for Danish national newspaper Berlingske, What Denmark has taught me about happiness, he writes, “Pyt is one of my favourite words; it’s the most positive sound I have ever heard. And it has an enormous power when it comes to letting go of things we can’t change. There is so much relief in that word.”

He came across ‘pyt’ when first learning Danish. “Danish is an exceptionally monotonous language. It’s like listening to a musician with a limited range. Then I started to notice this one word that stuck out; not only did it stick out from the Danish range, it also had a nice sound to it,” he said.

It’s true that Danish will probably never be voted the world’s most romantic language due to its many hard and guttural sounds. However, the sound of ‘pyt’ is delicate and soft. During my interviews with MacDonald, we talked about how ‘pyt’ is usually used to show acceptance of a frustrating and unchangeable – but not life-threatening or life-altering – situation. Part of that is obviously the meaning of the word, but it’s also the feeling and atmosphere the sound of ‘pyt’ creates.

As Jonas Jensen, senior editor of Den Danske Ordbog (The Danish Dictionary) explained, “…within phonetics ‘i’ and ‘y’ are often considered lighter and more optimistic than the more rounded vocals such as ‘o’ and ‘u’… [Pyt] is a word that’s nice to say.”

But while the Danish language is full of linguistic valleys and mountains – with Jensen even introducing me to the expression ‘Danish isn’t a language but a throat disease’ – the same cannot be said of the country’s landscape. Denmark is probably one of the world’s most bicycle-friendly countries, due to its mostly flat terrain. However, no-one can prepare for freak accidents, which my family and I learnt from a British couple who decided to explore Jutland on their bikes more than 20 years ago.

There is so much relief in that word

Towards the end of their holiday, the wife fell off her bike and broke her collarbone. They happened to be outside a little town called Sønder Omme, about 20km from Billund (home to the original Legoland), and easily found the local surgery. The doctor on duty (my father) took the couple to hospital for treatment in the next town. As she was taken to X-ray and later patched up, my dad called my mum to say he’d be home later than usual. As he was explaining the situation, my mother suggested he invite them over for dinner. By the end of the day, not only had the British couple experienced free Danish healthcare and eaten with a local family, they’d also been introduced to the word ‘pyt’ and its ability to diffuse a tense situation.

I don’t remember what we ate, but knowing my unflappable mother and the short notice she was given, it was most likely leftovers put together in some pretty dishes, laid out on a tablecloth with matching napkins and crockery. When we were all sitting down, with food on our plates and red wine in our glasses, my father raised his glass for the traditional before-we-eat ‘skål’ (cheers). As the British man reached for his glass to join in, he knocked red wine all over the white tablecloth. There was silence. The wife turned to her husband with a look of profound displeasure, when whatever she was about to say was interrupted by my mother. “PYYYYT med det! (Don’t worry about that!) We’ll wash the tablecloth tomorrow,” she exclaimed. The rest of the evening was pure ‘hygge’, and the couple came over for dinner again a couple of days later. The power of ‘pyt’ had changed the atmosphere from potentially bleak to one of relief.

‘Pyt’ was chosen as the nation’s favourite word, which is a reflection of Danes’ desire to take it easy and relax (Credit: Greg Balfour Evans/Alamy)

The power of the word has been harnessed in other ways, too. It’s passed down to children at kindergarten and primary school through the introduction of a ‘pyt’ button. This is usually just a plastic lid with ‘PYT’ written on it, glued to a piece of cardboard and placed somewhere centrally in the classroom, to be used in situations where children feel upset about not coming first in a race or winning a game. Essentially, they learn from an early age that losing is OK, as this is also part of real life.

Charlotte Sørensen, a head teacher at Søndervangskolen in the town of Hammel, Jutland, told me: “The ‘pyt’ button is genius. It doesn’t work for all children, but for some of them, it’s great. The action of pressing a physical button seems to help them clear their minds and move on.”

Visitors to Denmark can even buy their own version of the ‘pyt’ button in local shops. These red-and-white plastic buttons resemble the ones that contestants in TV game shows press when they have the right answer. Press it and you’ll hear the word ‘pyt’, reminding you to step back from the situation and refocus. I even received a ‘deluxe’ version for Christmas that had a recorded sentence of encouragement: ‘Take a deep breath. Everything is going to be alright’.

Many local shops sell ‘pyt’ buttons – press them and you’ll hear the word ‘pyt’, reminding you to step back from a situation and refocus (Credit: Karen Rosinger)

The word seems especially appropriate in a country with incredibly unreliable weather. Over the years, I have been part of numerous last-minute changes of plans, when optimism once again took over reality. Picnics and barbecues have been moved inside, and beach trips turned into visits to indoor pools. Each time one or more ‘pyts’ have been uttered, deep breaths taken – and a plan B drawn up.

And I’ve learned that these alternative plans often end up being ‘hyggeligere’ (cosier) than the original ones.

Share:
Denmark – Why Are Danish People So Happy?
Bad Girls Throughout History