“We need to collectively go back and recall what connects us all…our spirits, hearts and our souls,” says Matsui. In her case it means blending Western and Eastern music, feeling out each composition as though it were, in her words, “coming to me from another space, another dimension,” and “catching notes from the silence and then simply placing them together”

Matsui sees music as “the great gifts from the human souls from the past, for the children of the future”. She believes that music has a power to bring people together and change their lives. “We are connected by music”, Matsui wrote, “as the Ocean connects the continents”.

A lover of nature, Matsui often makes reference to plants, animals, the elements, and other natural features and phenomena in her song titles. She shows a special fascination with the moon as a number of her compositions refer to the moon in their titles.

From A. Scott Galloway’s review of Keiko’s latest release, Echo:

“Throughout Echo, Matsui’s compositions and soloing overflow with the passion we have come to expect and love from her, primarily on acoustic piano (though she adds Fender Rhodes electric piano to two numbers). It is a pleasure to have Keiko Matsui still contributing so dynamically after all these years to the contemporary instrumental world that is too often overrun with run of the mill pieces. Matsui Music is the stuff for which hearts beat.” 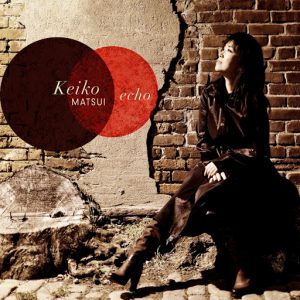