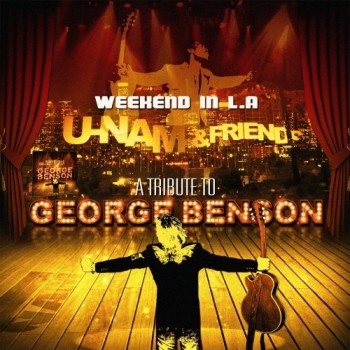 “Weekend In L.A.“
U-Nam And Friends

A Tribute To George Benson

U-Nam is a young French guitarist who’s been making a name for himself in the U.S. but 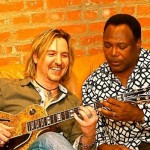 without neglecting Europe and Asia, where his latest project is topping the charts. It’s a tribute to his idol, George Benson. I spoke to U-Nam and asked about his motivation. “I always say, you need to show love for people when they are alive and not when they are gone (like most tribute albums). And because George is also a really good friend, I thought it would be great to show the love and respect I have for him and thank him for all he gave to my musical life. He is a big inspiration in my music and in my career.”

U-Nam’s Benson tribute is a labor of love that also just happens to be a commercial success. At least part of that success is due to his belief that today more than ever before; making music is a global endeavor. “I have fans from all around the world and social media allows them to reach out to you, contact you, support you even if they are thousands of miles away from you.”

U-Nam is one of a growing number of artists who are using social media, the internet and whatever technology is available to expose and promote their music. “The success has been mostly viral via word of mouth and I think its happening because I took my career in my own hands. This has allowed me to do exactly what I’ve wanted with this album; play the way I want, have songs that are 10 minutes long, mix live instruments, jazz improvisations, R&B vocals, hip hop sounds and even rap. Whatever was in my mind, I created it while still respecting and maintaining the essence of GB’s music. There were no compromises made – no A&R or label telling me what I should play or do and that makes a big difference by giving back the creativity to the artist. I believe a lot of other artists will follow that path really soon.”

Apparently the fans around the world agree, it’s No.1 in Japan and elsewhere. Check it out for yourself. Contact U-Nam here.