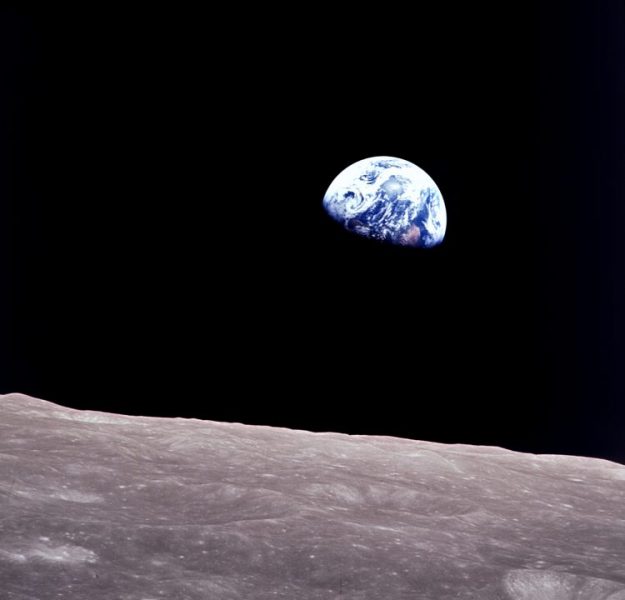 Half a century ago this month, a photograph from the moon helped humans rediscover Earth.

Taken aboard Apollo 8 by Bill Anders, this iconic picture shows Earth peeking out from beyond the lunar surface as the first crewed spacecraft circumnavigated the Moon, Christmas Eve, 1968.

What NASA has described as the biggest broadcast audience in history was listening when astronaut Frank Borman delivered this line that came crackling down from the heavens.

Merry Christmas and God bless all of you,
all of you on the good earth.

Watch the original video below.