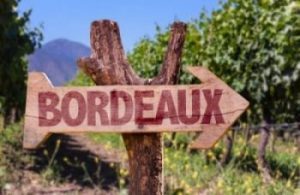 Friends Across the Miles and Years

Karine and I met at the French Consulate in Beverly Hills, CA. It was an evening event, with good music, excellent food and friendly vibes. I was planning a Citizen Planet type event to take place at one of the restaurants where I hosted the Wave radio station’s on-air Sunday Brunch.

The idea was to have people from several different countries be guests on mic and talk about their country and culture. I had extended an invitation to representatives from France, South Africa and Japan. Karine came as the French representative along with her husband Fabien and we all became fast friends.

When she was reassigned to San Francisco, she was pregnant with Lilou, who became my god daughter. I drove from L.A. to S.F. to meet her when she was one month old. She’ll be 14 in August and is now a beautiful, charming American-born French young lady. They have all been dear heart-to-heart friends since then and across the miles when they moved back to France a few years later.

Naturally we check in with each other as the Covid19 crisis has taken hold. I asked Karine and Lilou to record answers to some of my questions about how they are coping with it. It’s very much the same there as everywhere and you’ll hear their answers when you tap on the player below. We truly are all in this together. 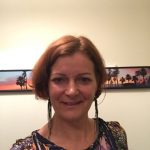 My official title in French is “Déléguée à l’information stratégique et à la sécurité économiques.” In English it could be translated as “Director of Economic Protection and Strategic Information.”

I have been working for the French Ministery of Economy for 21 years, and had several different jobs since. From 2003 to 2009 I was working at the French Embassy in the US, in Los Angeles, and then in San Francisco. 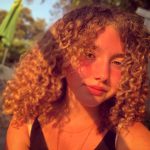 Lilou, my daughter, was born in San Francisco in 2006 while I was working there. Now, I am working for a department of the Ministry of Economy dedicated to economic protection.

I advise French companies on how to anticipate and prevent cyber attacks and economic predation and I report to both the Prefet and the Ministry of Economy. With my colleague we advise the ministry on economic risks and how to protect our companies from it. One mission that I have also consists in detecting foreign investment in strategic companies. These investments are regulated by the states in order to avoid high technologies and innovation leaving the country.