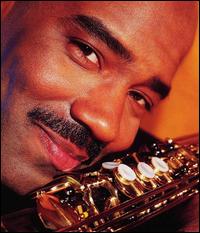 Walter Beasley is renowned for his mastery of music, but perhaps his greatest talent is that he has mastered the art of being true to himself. That integrity translates to all of Beasley’s many musical endeavors. He’s a chart-topping, crowd-pleasing, jazz/funk sax man, a revered professor at Berklee College of Music and a successful business man who founded his own publishing company and record label. He’s done all of it a few steps-removed from the New York/Los Angeles music industry mainstream, from his home-base in Boston, Massachusetts.

He started out in the small, close-to-the Mexican border town of El Centro, California. From there he transitioned to his student years at Boston‘s famous Berklee College of Music, where he planned to study and leave, getting on with his performing career. In the process he discovered that he loved teaching music, New York was too fast for his taste and he’d rather be in Boston. That’s where he’s been combining his love of performing and teaching for the past 30 years.

During that time Walter Beasley’s music has been widely heard on radio, CDs, online, and in-concert around the world. He’s had numerous Billboard charting hit songs and is the highest selling full-time professor/recording artist in modern history. Beasley also thrives at the forefront of digital media and communication by offering consultation services to independent sax artists via Skype. His students are worldwide and of all ages and skill levels. His total immersion in and love affair with the world of music has led him to say, like Duke Ellington, “Music is my mistress.”

Click the player above to join us for the exclusive conversation with music. Visit his website here.