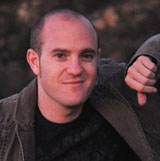 Keyboardist, composer and band leader Lao Tizer comes by his uniquely free spirit naturally. He inherited it. His life began with a name like no other, Lao, a  big tip of the hat to the revered ancient Chinese Taoist philosopher Lao-Tse. He describes his parents as 60s hippies who exposed him to a world of cultures and points of view. That open-hearted philosophy is perfectly reflected in his world jazz fusion band, Tizer and the new CD, “Downbeat.”

Tizer is a collective of veteran world-class musicians creating new musical possibilities that are very much in tune with the times. The band members are themselves a mixture of cultures and ethnicities that include jazz violin virtuoso Karen Briggs; Emmy winner, Grammy nominee and founder of Special EFX, guitarist Chielli Minucci; British bassist Rufus Philpot, leader of Down To The Bone; Grammy award winning Cuban-born drummer Raul Pineda; Senegalese bassist Cheikh NDoye; multi-instrumentalist Steve Nieves, founder of the group Jango; and guitarist Jeff Kollman, voted among the top 20 favorite guitarists in Young Guitar Magazine’s readers’ poll along side the likes of Santana, Jeff Beck, and Edward Van Halen.

Lao Tizer has a refreshingly original way of looking at the world and reflects it in Tizer’s first studio album “Downbeat.”  It’s a welcome mix of jazz, rock, classical, jam band influences and Afro Cuban and world rhythms. In other words, world jazz fusion. Hear Lao and Chielli talking about it and playing the music by clicking on the player above. Visit Tizer’s website here.