The Daughters Of Three Music Legends 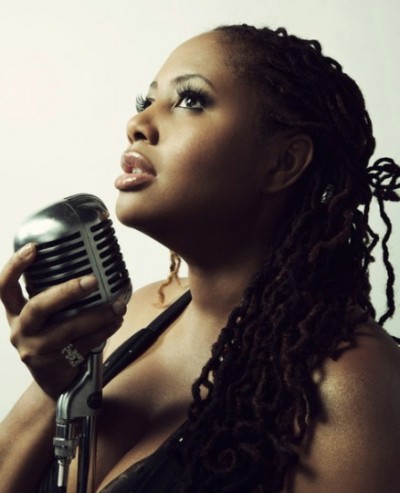 Bill Withers, Nina Simone and Donny Hathaway were all part of a rich artistic renaissance that took over the airwaves and concert stages of the 70’s.  Both Nina and Donny are gone and Bill continues his self-imposed early retirement from recording and performing. But their contributions to American culture live on not only in their music, but also through their daughters, who do an admirable job of carrying on their legacy while still cultivating their own unique voices.

I first saw Nina Simone’s daughter Lisa, who is known professionally simply as “Simone,” when I saw her in the Broadway musical “Aida.” She was elegant and classy with a dynamic voice that didn’t sound anything like her famous mother. I got to know her when we sailed together on the Smooth Jazz cruise. She was a highlight on the cruise in a tight, captivating set in which she thrilled us all with her original interpretations of some of her mom’s classic songs. Her latest album is a tribute to her mother, which opens with Nina proudly introducing her baby girl before a live audience. Considering the way Simone can sing and act, there will be plenty to be proud of as she writes the next chapter in her family legacy.

If you haven’t seen the documentary “Still Bill,” see it as soon as you read this. It’s an intimate look into the life and mind of Bill Withers. Many of us still hold out hope that he’ll return to recording and touring but after seeing the film, you”ll admire his commitment to his life and his family and you’ll understand the complexity of the decisions he’s made about his career. You’ll also get a glimpse of the connection between Bill and his singer-songwriter daughter Kori, who sings soulfully for her dad and shyly seeks his approval of her own artistry as she follows in his footsteps.

Like Simone, the respect for her family legacy is deep but Kori is on her way to finding her own voice. We caught Kori last summer opening the Long Beach Jazz Festival with her own band doing her original songs and I get the feeling we’ll be hearing a lot more from her.

Finally, Lalah Hathaway has been a favorite of mine from the very first time I heard her sing. It was eerie how much she sounded like Donny. Her voice is like melted butter, unique and memorable and clearly she is the daughter of Donny Hathaway. Because of the tragic way Lalah lost her father, it’s probably been painful getting to the place where she can embrace and pay tribute to his wonderful legacy but she’s there. Listening to her sing her dad’s classic “Someday We’ll All Be Free” is a moving experience. With all that inherited talent (her mother is also an exceptional singer) Lalah has managed to find her own place in the forefront of a new creative collective of neo-soul artists like Rahsaan Patterson and Rachelle Ferrell. On top of all that she’s funny and smart and if you ever get a chance to see her in concert, go ahead and get the tickets. You’ll thank me later.

Nina, Bill and Donny, thanks for thrilling us with your music and thanks again for leaving a rich legacy we’ll enjoy for a very long time.