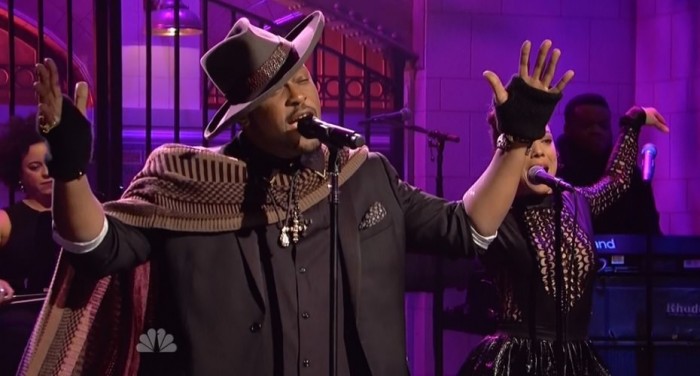 D’Angelo Resurrects the Funk, Jazz and
His Truth with Black Messiah

You’ve probably noticed great artists go to extremes. D’Angelo’s story gives you a big dollop of the extreme highs and lows that such a uniquely sensitive artist embodies.

In the 1990s he was one of the leading lights of the neo-soul movement. Twenty years later, his latest release Black Messiah has been named  in Rolling Stone’s Top 5 albums list for 2015. The 14 years between the release of his second album, Voodoo and his third CD, Black Messiah are filled with enough drama and transformation to fill numerous albums.

In 1995, D’Angelo’s debut album, Brown Sugar had sales in excess of one million copies. His second release in 2001, Voodoo won a Grammy Award for Best R&B Album. He was one of the hottest stars on the planet. From there he plummeted into drug and alcohol addiction that kept him out of the public eye for more than a decade.

He finally reemerged with his first solo release in 14 years, Black Messiah.  The socially relevant and artistically gratifying groovin’ album was met with universal acclaim from critics and it debuted at number five on the Billboard 200 chart.  In 2016 Black Messiah won Best R&B Album at the 58th Annual Grammy Awards as well as Best R&B Song for “Really Love” which also was nominated for Record of the Year.

In June 2015, D’Angelo confirmed to Rolling Stone that he was working on more material for a new album, calling it “a companion piece” to Black Messiah. It is as eagerly awaited by fans and critics as Black Messiah was. Visit D’Angelo’s site here.