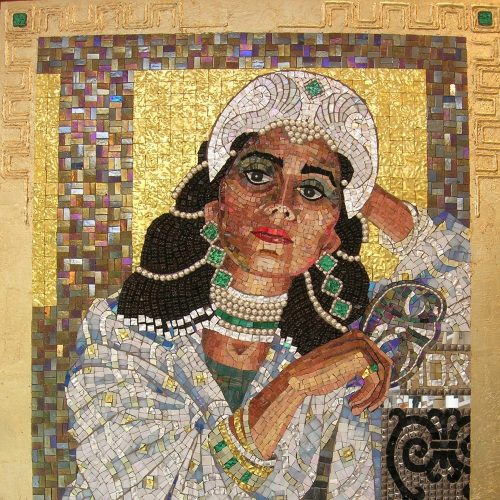 More than 2000 years before there was an International Women’s Day celebration, there was Queen Esther.

Purim is a Jewish holiday that commemorates Queen Esther’s saving of the Jewish people from Haman, who was planning to kill all the Jews in the ancient Persian Empire. It will be celebrated in 2019 from March 20 – March 21.

The timeless spirit of Queen Esther is a welcome and vital hallmark in the modern evolution of female consciousness.

Purim and Queen Esther
A Courageous Woman For the Ages

The story of Queen Esther has been told for generations as an example of wisdom and great personal courage. Her bravery is still commemorated each year in the Jewish festival of Purim. The story of Purim, found in the Book of Esther, commemorates the saving of the Jewish people living in Persia under the rule of King Ahasuerus, around 483–482 BC.

Queen Esther, a beautiful Jewish woman, was orphaned and raised in Persia (Iran) by her cousin Mordecai. She is taken into King Ahasuerus’ harem where she eventually becomes his queen, but does not reveal her Jewish heritage to him.

Shortly afterwards, Mordecai discovers a plot by two courtiers, to assassinate Ahasuerus. The conspirators are apprehended and hanged, and Mordecai’s service to the King is recorded.

Ahasuerus appoints the charmingly wicked and ambitious Prince Haman as his viceroy. Mordecai, who sits at the palace gates, falls into Haman’s disfavor, as he refuses to bow down to him. Haman discovers that Mordecai is Jewish, because bowing in obeisance to any but the One God was considered idolatry in the Jewish tradition.

In a vicious rage for revenge, Haman plots to kill not just Mordecai, but all the Jews in the empire. He obtains Ahasuerus’ permission to execute this plan, and casts lots (“purim”) to choose the date on which to do this—the thirteenth of the month of Adar. A royal decree is issued throughout the kingdom to slay all Jews on that date.

When Mordecai discovers the plan, he implores Esther to intercede with the King.  But she is afraid to present herself to the King un-summoned, an offense punishable by death. Instead, she directs Mordecai to have all Jews fast for three days for her, and vows to fast as well, to be as clear as possible, when she risks her life by approaching the King.

On the third day, she goes to Ahasuerus, who stretches out his scepter to her to indicate that she is not to be punished. She invites him to a feast in the company of Haman. During the feast, she asks them to attend a further feast the next evening. Meanwhile, Haman, has a gallows built to hang Mordecai.

That next night, Ahasuerus and Haman attend Esther’s second banquet. The King promises to grant her any request, she reveals that she is Jewish and that Haman is planning to exterminate her people, including her. Overcome by rage, Ahasuerus leaves the room; meanwhile Haman stays behind and begs Esther for his life, falling upon her in desperation. The King returns in at this very moment and thinks Haman is assaulting the queen; this makes him angrier and he orders Haman hanged on the very gallows that Haman had prepared for Mordecai.

Unable by law to reverse the original royal decree condemning the Jews to death, the King instead extends the decree by permitting the Jewish people to arm and defend themselves on the day chosen for their annihilation. On 13 Adar, Haman’s ten sons and 500 other men are killed. Over 75,000 Persian people, sworn to commit genocide of the Jews, are slaughtered by the Jews, who are careful to take no plunder.

Mordecai and Esther send letters throughout the provinces instituting an annual commemoration of the Jewish people’s redemption, in a holiday called Purim (lots).  Ahasuerus remains very powerful and continues his reign, with Esther as his queen and Mordecai assuming a prominent position in his court.

In this ancient patriarchal monarchy, the unique female, Esther, succeeded in saving her people and bringing peace in Persia through courage, wisdom and negotiation at the highest level. There are numerous books and movies based on the story of Esther. You’ll find them on Amazon.com or elsewhere online. 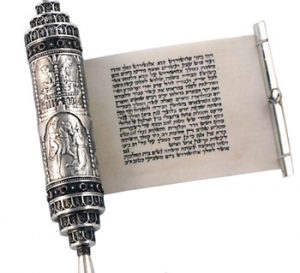 Since the Jewish people in Persia were saved by a woman, the Talmud prescribes, “It is obligatory for women to hear the reading of the Megillah, because they benefited also by the same miracle.”

If you’d like to learn more about the story of Esther and Purim go here.