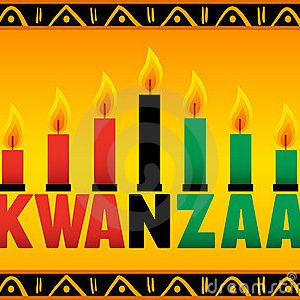 The year 2019 will see the 53nd annual Kwanzaa, the African American holiday celebrated from December 26 to January 1. It is estimated that some 18 million African Americans take part in Kwanzaa.

Kwanzaa is not a religious holiday, nor is it meant to replace Christmas. It was created by Dr. Maulana “Ron” Karenga, a professor of Black Studies, in 1966. At this time of great social change for African Americans, Karenga sought to design a celebration that would honor the values of ancient African cultures and inspire African Americans who were working for progress.

Kwanzaa is based on the year-end harvest festivals that have taken place throughout Africa for thousands of years. The name comes from the Swahili phrase “matunda ya kwanza,” which means “first fruits of the harvest.” Karenga chose a phrase from Swahili because the language is used by various peoples throughout Africa.

Each of the seven days of Kwanzaa honors a different principle. These principles are believed to have been key to building strong, productive families and communities in Africa. During Kwanzaa, celebrants greet each other with “Habari gani,” or “What’s the news?” The principles of Kwanzaa form the answers.

The Principles of Kwanzaa

kujichagulia (koo-jee-cha-goo-LEE-yah)
Meaning: self-determination
Action: speaking for yourself and making choices that benefit the community

ujima (oo-JEE-mah)
Meaning: collective work and responsibility
Action: helping others within the community

imani (ee-MAH-nee)
Meaning: faith
Action: believing that a better world can be created for communities now and in the future

Families gather for the great feast of karamu on December 31. Karamu may be held at a home, community center, or church. Celebrants enjoy traditional African dishes as well as those featuring ingredients Africans brought to the United States, such as sesame seeds (benne), peanuts (groundnuts), sweet potatoes, collard greens, and spicy sauces.

Especially at karamu, Kwanzaa is celebrated with red, black, and green. These three colors were important symbols in ancient Africa that gained new recognition through the efforts of Marcus Garvey’s Black Nationalist movement. Green is for the fertile land of Africa; black is for the color of the people; and red is the for the blood that is shed in the struggle for freedom.

Celebrants decorate with red, black, and green as well as African-style textiles and art. At the heart of Kwanzaa imagery, however, are the seven symbols.

The Seven Symbols of Kwanzaa

kikombe cha umoja
Meaning: the unity cup
Action: Celebrants drink from this cup in honor of their African ancestors. Before drinking, each person says “harambee,” or “let’s pull together.”

kinara
Meaning: the candleholder, which holds seven candles
Action: It said to symbolize stalks of corn that branch off to form new stalks, much as the human family is created.

mazao
Meaning: fruits, nuts, and vegetables
Action: These remind celebrants of the harvest fruits that nourished the people of Africa.

mishumaa saba
Meaning: the seven candles that represent the seven principles
Action: A different candle is lit each day. Three candles on the left are green; three on the right are red; and in the middle is a black candle.

mkeka
Meaning: mat
Action: The symbols of Kwanzaa are arranged on the mkeka, which may be made of straw or African cloth. It symbolizes the foundation upon which communities are built.

vibunzi (plural, muhindi)
Meaning: ear of corn
Action: Traditionally, one ear of corn is placed on the mkeka for each child present.

zawadi
Meaning: gifts
Action: Traditionally, educational and cultural gifts are given to children on January 1, the last day of Kwanzaa.

The Tree of Life – Across Cultures

Tree of Life Meaning Across Cultures