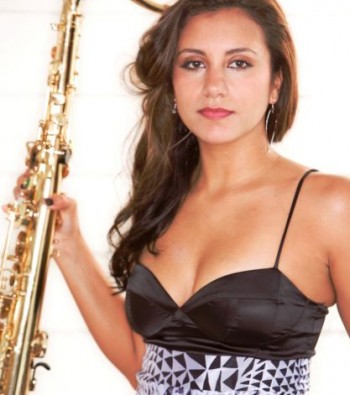 Jessy J burst onto the contemporary jazz scene in 2008, blending her love for Latin rhythms and jazz on her chart-topping, award-winning debut album Tequila Moon. Jessy earned the Radio & Records Debut Artist of The Year Award and Contemporary Jazz Song of the Year by both R&R and Billboard for the title track, which held the #1 spot on the chart for eight weeks. The talented saxophonist, pianist, singer and songwriter who has worked with everyone from The Temptations to Michael Buble, has been developing her musical voice since she was very young, when she could be found practicing the saxophone, instead of heading out to play with friends. Words like dedicated, focused and hard-working all describe her drive and motivation to succeed and make music a life-long career. With her fourth release, Second Chances, due out on Shanachie Entertainment on September 10, 2013, Jessy reaches a major milestone as she takes over the reigns as the producer of the new album. The set features collaborations with Grammy Award nominated keyboardist-producer Jeff Lorber, Grammy Award-winning guitarist Norman Brown, renowned bassist Jimmy Haslip (formerly with The Yellowjackets) and legendary pianist Joe Sample. Visit Jessy J’s website here.