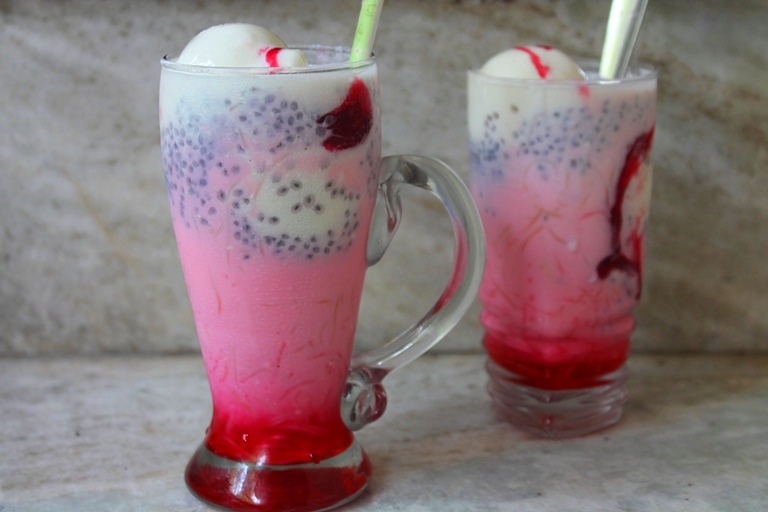 For A Luscious, Cooling Summer Beverage
Do What The Mughal Emperors Did
Have Some Falooda

The origins of falooda go back to Persia, where a similar dessert faloodeh was popular. The dessert came to India with the many Muslim merchants and dynasties that settled in India in the 16th to 18th century. The present form of falooda was developed by the Mughal empire and spread with its many conquests. See video below for recipe.